In the fall of 2019, Fuqua School of Business Dean Bill Boulding penned a letter to President Trump and Democratic and Republican congressional leaders. In his letter, Boulding wrote that he and others are concerned that the U.S. does not have the high-skilled talent it needs.

“Without a substantial change in our approach, this deficit of skills in key fields will hinder economic growth,” Boulding wrote.

Boulding is not alone with these concerns. Other prominent university leaders and CEOs signed onto the letter and are part of a growing number of people voicing their concerns about the shortage of talent in the U.S.

Boulding is the chair of the Graduate Management Admission Council (GMAC), which is a global association of business schools. These schools see first hand how America’s current immigration system and sentiment toward immigrants is reducing the number of foreign students studying in the U.S.

GMAC released a detailed report examining the U.S. immigration system. The report looks at how, in 2019, international business school applications to U.S. universities declined approximately 14%. This decline was steeper than any other country in the world. The H-1B visa cap is one reason why fewer students are applying to study in the U.S., as they are worried about not securing an H-1B following graduation.

Boulding argues there needs to be substantial reforms to the U.S. immigration system, such as the following:

CEOs and other influential figures in business have also advocated for immigration reform, with 13 individuals signing on to Boulding’s letter. This isn’t the first time business leaders have advocated for immigration reform. In the fall of 2019, Apple CEO Tim Cook urged the Senate to quickly pass the Fairness for High-Skilled Immigrants Act. This piece of legislation would eliminate per-country limits on green cards. However, the bill has not advanced in the Senate.

Cook is one of the more outspoken business leaders on immigration reform,  and is a strong advocate for the Deferred Action for Childhood Arrivals (DACA) program. In an interview with ABC News, Cook said Apple employs 450 individuals protected by DACA. He is worried about the human repercussions that might result if the Supreme Court rescinds the program.

Most recently, the Committee for Economic Development of The Conference Board (CED) released a report in Jan. 2020 outlining immigration reform to spur innovation and expand the economy. The CED outlined six reforms that, in their view, would align immigration policy with the country’s economic interest. Like Boulding, the CED believes the H-1B program needs to be reformed so employers can access top talent more quickly and predictably. The think-tank also advocates for a place-based visa program.

The CED goes even further, however, by also recommending an improvement of the H-1B to permanent residence pathway, increasing economically motivated offers of permanent residence and piloting a fast-track entry program for top international recruits. Finally, the CED recommends establishing an immigration policy advisory board to track and anticipate key issues and trends, while also monitoring how the U.S. is performing compared to other countries. 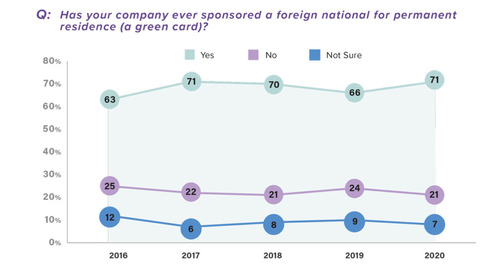 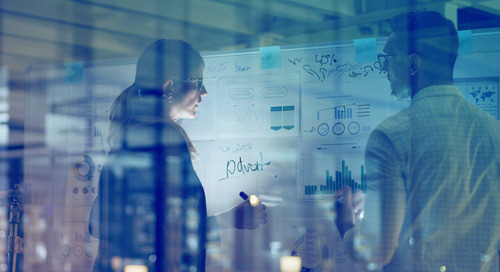