U.K. Visas and Immigration (UKVI) released further details of the new immigration system that will open January 1, 2021 when free movement ends with the European Union

The details given in the 130-page document provide more specifics regarding the requirements for the sponsored worker routes and new visa categories. We teamed up with the U.K. experts on Envoy’s global team to provide a high-level overview of the main updates and will continue to publish additional information as needed when information is released by UKVI.

As mentioned in our previous blogs regarding this matter, the new system has been created to reflect more flexibility for employers while also ensuring EU and non-EU nationals are treated equally.

Existing Tier 2 (General) and Tier 2 (ICT) sponsors will automatically be granted a new ‘Skilled Worker’ licence and/or Intra-Company licence in line with the current routes they hold. The new licence expiry date will be consistent with their current licence, and they will receive an appropriate allocation of Certificate of Sponsorship.

At this stage, although no mandatory action is required by current licence holders, Envoy’s U.K. experts would suggest an audit of current licence details and associated compliance programme to ensure they are ready for the implementation of the new system in January 2021. If you would like further information regarding how Envoy Global can assist with preparing your organization’s Sponsor Licence and Compliance Programme, please reach out to your Client Relationship Manager for further details.

For those who do not currently hold a Sponsor Licence in the U.K. and would like more information on how Envoy can assist in securing one in advance of January 2021, please contact your Client Relationship Manager or Envoy’s Global Immigration Team.

The main route for both EU and non-EU workers from January 1, 2021 will be the Skilled Worker route, which replaces the current Tier 2 General route. Workers will have to demonstrate that they meet a specific set of requirements for which they will score points. Please refer to our previous update for further details.

UKVI have confirmed that they will introduce a new Intra-Company Transfer route. This new route is similar in its form to the current Tier 2 ICT route, allowing employers to move their overseas workers to the U.K. from worldwide connected entities.

The most significant update to this announcement is that the existing “cooling off” rules, which prevented Tier 2 ICT migrants from returning to the U.K. for 12 months after their role ended in the U.K., will be adjusted to allow overseas ICT workers to work in the U.K. for up to five years in any six-year period, except where they qualify to be granted up to nine years where they meet the high-earner salary threshold.

Additionally, although this route will still not lead to Indefinite Leave to Remain, applicants may be permitted to switch into the Skilled Worker route while still in the U.K. if they meet the qualifying requirements. These last two amendments to the current guidance will be a welcome change to employers and employees alike as it creates more flexibility.

Due to the vital contributions that doctors, nurses and other health professionals from overseas make to the National Health Service (NHS) and wider health and care sector, UKVI are implementing a new Health and Care Visa. To incentivize applicants to pursue this route, there will be fast-track entry, with reduced application fees and dedicated support to the application process.

Those who are eligible to apply for the Health and Care Visa—and their dependents—will also be exempt from having to pay the Immigration Health Surcharge. Frontline workers in the health and social care sector who are not eligible for the new Health and Care Visa will pay the Immigration Health Surcharge but will benefit from a reimbursement scheme. This route will be available to new applicants starting August 4, 2020.

UKVI are also introducing a new, unsponsored Graduate route to be launched in summer 2021 that will give international students the opportunity to stay in the U.K. to work between two and three years after they graduate, depending on the qualification they have obtained. This is similar to the previously abolished Post Study Worker route. This route is not extendable but does allow candidates to switch into other routes while still in the U.K., such as the Skilled Worker route.

UKVI are seeking to create a broader unsponsored route within the Points-Based System to run alongside the employer-led system to allow a smaller number of the most highly skilled workers to come to the U.K. without a job offer. It is important to note that this route will not open on 1 January 2021 as they are still exploring proposals for this additional route with stakeholders. However, they have proposed that this route would be capped and would be carefully monitored during the implementation phase.

As part of a phased programme to 2025, UKVI are planning to introduce a universal ‘permission to travel’ requirement which will require everyone wishing to travel to the U.K. (except British and Irish citizens) to seek permission in advance of travel. The U.K. will introduce Electronic Travel Authorisations (ETAs) for visitors and passengers transiting through the U.K. who do not currently need a visa for short stays or who do not already have an immigration status prior to travelling.

UKVI hopes to provide detailed guidance and partial release of the new system in autumn of this year in order to allow sufficient time for employers to familiarise themselves with the new rules and prepare fully for the opening in January 2021. Envoy’s global team is closely monitoring the updates provided by UKVI and will provide further information as it becomes available.

In the meantime, we are pleased to offer a new U.K. Sponsor Licence Update webinar regarding the new system on August 20, 2020.

Envoy is pleased to provide you this information, which was prepared in collaboration with Kathrine Ayers, who is a Global Immigration Specialist, UK & EMEA at Envoy Global. 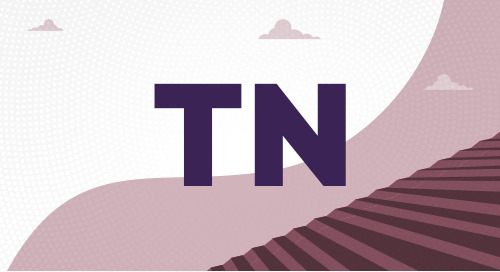 What Is the TN Visa?

The TN visa is a special classification for citizens of Canada and Mexico as part of the United States-Mexi... 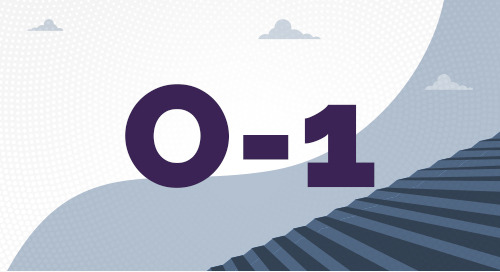 The O-1 visa category is for people who possess extraordinary ability in the sciences, arts, education, bus...