Zoom Video Communications Inc. (NASDAQ: ZM) went public the week of April 15, 2019 in a move that was closely watched by investors gearing up for anticipated IPOs from Lyft, Uber, Pinterest and other unicorn darlings.

In the weeks following its initial public offering, the video conferencing software company has enjoyed a continued wave of success on Wall Street. On its third day of trading, shares surged, making Zoom more valuable than Lyft.

Zoom’s success can be attributed to a good product and actual profitability (sorry, Uber and Lyft). Dig a little a deeper and another factor emerges: The story of Eric Yuan, whose rise as the CEO of Zoom shines a spotlight on the immigration journey and the club he joins with other famous immigrants who have successfully launched a business.

From Visa Rejection to IPO: The story of Eric Yuan

Yuan was born in China and made it a goal to immigrate to the U.S. and work in Silicon Valley after hearing Bill Gates discuss the internet, according to Bloomberg. Before Yuan could embark on his journey, he needed a visa in order to enter the U.S.

Yuan’s initial visa application was rejected, and over the course of two years, he was rejected eight more times. On the ninth try, Yuan’s visa application was accepted. He arrived in Silicon Valley in 1997 and started working for WebEx. In 2011, he left to start his own company that would offer a video communications solution that was both simple and attractive to use.

Despite entering a market with major competition, Yuan was determined to build his startup. Now, as the latest company to go public this year, Zoom’s success makes Yuan the newest name on a growing list of U.S.-based companies founded by immigrants.

The Prestigious Club of Immigrant-Founded Companies

Yuan and Zoom’s success is the latest example of immigrants starting disruptive companies and building long-term success in the U.S. Other immigrants who became billionaires after founding U.S.-based companies and taking them public include:

Combined, these four individuals hold a net worth of approximately $84.4 billion, as of April 2019.

But it’s not just the individuals listed above who have enjoyed success founding technology companies. According to a 2018 study from the National Foundation for American Policy, immigrants have started more than half of the 91 startup companies valued at $1 billion or more (also known as a unicorn). These founders also remain important members in their company’s product development or management teams.

Additionally, of the 50 companies founded by immigrants, 33 are headquartered in California..

Here is a list of the top 10 most valuable immigrant-founded companies worth over $1 billion:

Immigrants remain a vital part of the U.S. economy, as evidenced by recent billion dollar valuations and successful IPOs. 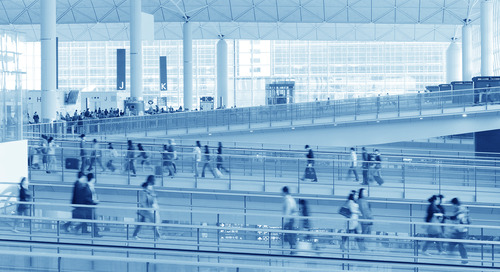 Talent shortage is now the top concern among global organizations.

According to a recent survey from Gartner, companies cited talent shortage as the biggest risk their compan...