Immigration as a whole has been a hot-button issue in the U.S. as of late, but missing from the conversation is the role of high-skilled immigration in American progress. Data from The Global Talent Imperative shows that through tax contributions, entrepreneurship and innovation, immigrants are overwhelmingly driving U.S. economic strength and corporate growth in key sectors.

The contributions of U.S. immigrants, from taxes to innovation

The annual tax contributions made by immigrants are too significant to ignore. According to the New American Economy (NAE), immigrant households collectively paid $405 billion in local, state and federal taxes in 2018. Put into context, this sum is nearly four times the 2018 budget of the U.S. Department of State, the Department of Homeland Security and the Department of Justice—combined. In addition, NAE found that immigrants possess $1.1 trillion in spending power, allowing them to benefit the U.S. economy and their local communities as consumers.  International students also have a positive effect on the economy. In 2018, federal data found that international students at higher-educational institutions contributed over $39 billion to the U.S. economy through tuition payments and day-to-day spending, despite only representing 5.9% of the U.S. student population. New American Economy also reports that presence of international students supported the creation of over 455,000 jobs in 2016.

The economic power of immigrants goes beyond tax contributions. Despite representing just 13.6 percent of the U.S. population, immigrants disproportionately start businesses and fill key positions in management and engineering. According to a 2018 study from the National Foundation for American Policy, immigrants have started more than half of the 91 startup companies valued at $1 billion or more (known as a unicorn company).  Another study by the National Foundation For American Progress found that 71% of America’s 87 unicorn companies in 2016 had an immigrant in a critical management role such as CEO, CTO or CFO. Immigrants are also behind some of today’s most recent corporate success stories, such as video communication company Zoom’s recent IPO. The number of female immigrant entrepreneurs is also on the rise. In addition, immigrants are a cornerstone of continued U.S. success within the innovation sector. As various industries undergo digital transformation, skills in science, technology, engineering and math are becoming more valuable, and foreign workers are helping companies stay competitive in the face of a U.S. skills gap. In 2018, immigrants comprised 22% of STEM workers in the U.S., according to NAE.  Furthermore, immigrants file U.S. patents at a higher degree than in any other country. In fact, according to Professor William Kerr of Harvard Business School, immigrants were responsible for 29% of all patents filed in the U.S. in 2017, despite only making up 19% of the population that year. From Google to Tesla Motors to YouTube, some of today’s most ubiquitous technologies were created by immigrant inventors. For more findings on the impact of immigration on the U.S. economy, download the full Global Talent Imperative report. If you want an interactive look at the foreign hiring landscape in your region, visit the maps section on Envoy INSIGHTS.

Envoy is pleased to provide you this information, which was prepared in collaboration with Amber Davis, who is a Senior Associate at Global Immigration Associates, P.C. (www.giafirm.com), Envoy's affiliated law firm. 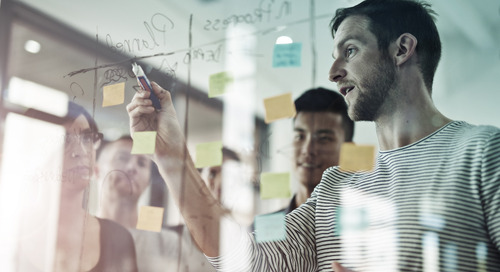 Higher education remains a key driver for high-skilled migration into the U.S. The U.S. has long been regar... 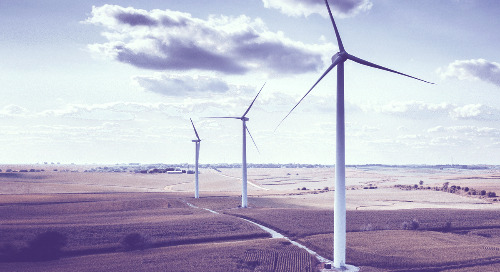 A look at the visa concept that could help revitalize some of America’s less populous regions In April 2019...