The employment-based immigration systems of the U.S. and Canada is a clear example of polarizing ideologies. At the beginning of 2019, the Canadian government unveiled its goal of attracting 1 million immigrants to the country by 2021, averaging out to approximately 330,000 immigrants entering the country from 2019 - 2021. Canada’s push to attract more immigrants comes at a time when the U.S. takes a more protectionist approach to immigration, as evidenced by numerous policy changes since 2017, including major changes to the H-1B visa lottery system. As a result of this protectionist direction, more foreign nationals are looking toward Canada for work and living opportunities.

An overview of Canada’s immigration initiatives

Why is Canada making this push?

Canada’s push to attract foreign nationals–particularly tech talent–has coincided with stricter policies under the Trump administration. Yet, it’s important to note that Canada has steadily increased the number of immigrants it welcomes since 1999. In a recent webinar presented by Envoy Global and Canada-based Modsquad, Mobsquad CEO Irfhan Rawji said that no matter the political part in charge, the country has seen an increase in the number of immigrants over time. But the push for more immigrants since the election of Prime Minister Justin Trudeau comes as the country grapples with an aging population and declining birth rates, which the government highlighted in a 2018 report. The solution, according to the report, is to grow the population and labor force by welcoming more immigrants.

Canada is well on its way toward meeting the 1 million immigrant goal. In 2018, Canada welcomed approximately 320,000 immigrants. The government is projecting another 330,800 immigrants in 2019, 341,000 next year and 350,000 in 2021. Many foreign nationals are flocking to major Canadian cities. Toronto in particular has positioned itself as a global technology hub. Since 2017, Toronto has added more tech jobs than Seattle, New York City, Washington D.C. and the Bay Area⁠—combined. [caption id="attachment_1340" align="aligncenter" width="772"] How is Canada attracting talent?

There are multiple paths to working or immigrating to Canada, including:

Economic migrants represented the largest share of immigrants who entered Canada in 2018, as approximately 178,501 moved there last year. Most Canadian companies rely on temporary foreign work permits to bring talent into the country.

Under Prime Minister Trudeau, the Canadian government has made enhancements to the country’s immigration system with programs like Global Talent Stream (GTS) and Express Entry Permanent Residency. Under Global Talent Stream, immigrants can start working in as little as four weeks. Once they’re working in Canada, foreign nationals are more likely to qualify for Express Entry Permanent Residency; a process that takes approximately seven to eight months.

The speed at which foreign nationals can start working in Canada is a stark difference from the U.S. immigration system, which has seen significant slow downs in recent years, according to a recent article from Bloomberg Law. Additionally, the U.S. has taken a more protectionist approach to immigration. These hurdles are causing more foreign nationals to look toward Canada when seeking employment opportunities, according to CNBC.

Canada is well on its way toward welcoming 1 million immigrants by 2021. Thanks to enhancements to its immigration system and greater uncertainty in the U.S., Canada is quickly becoming a new hub for foreign talent. 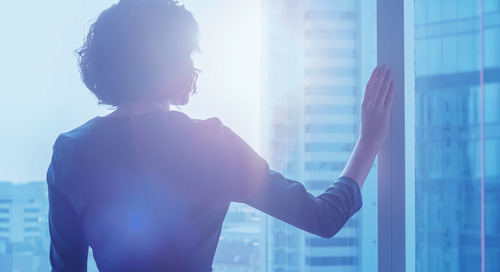 The number of female entrepreneurs launching successful businesses is on the rise. Most noteworthy is the i... 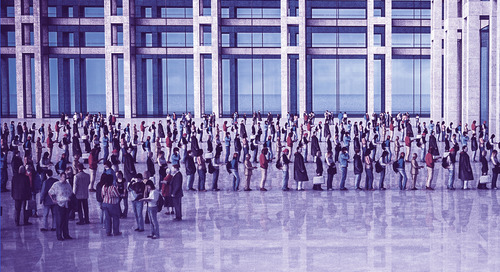 Of all the immigration-related perks that companies offer, there’s one that stands out from the rest: green...