Home » Immigration Blog » Understanding The Importance of Immigration in the U.S. Healthcare System
× Share this Article

As many of us stay home and practice social distancing to limit the spread of Covid-19, those in healthcare occupations are working tirelessly to provide care to those affected by the virus, often risking their own health to do so. At Envoy, we’re also aware that many of these brave individuals are immigrants to the U.S. To honor their contributions, we took a closer look at the role immigrants play in America’s healthcare system.

By The Numbers: The impact of immigrant healthcare workers

Immigrant Workers in the U.S.

According to the National Immigration Forum, immigrants account for 17% of workers in healthcare occupations in the U.S. despite making up just 13% of the U.S. population. Additionally, immigrants make up 28% of high-skilled professionals in the field, including physicians and surgeons. Immigrants also represent 24% of direct-care workers, including the nurses and assistants who have been on the frontlines of the pandemic.

On a broader scale, immigrants have also helped foster innovation within the field, whether by performing groundbreaking scientific research or developing important medical technology.

Federal labor condition application (LCA) data can be used to provide insight on the number of foreign nationals entering the U.S. annually for certain positions. According to this data, there were 2,155 LCAs filed for healthcare-related occupations in the New York Designated Market Area (DMA), by far the most among major U.S. cities. This further underscores the role immigrants play in fighting this outbreak, as New York City faces an unprecedented amount of Covid-19 cases and is at the epicenter of the pandemic in the U.S.

Other major cities for healthcare-related immigration include Los Angeles, Washington D.C., and Boston—a city which is home to 79 hospitals and is a hub for healthcare innovation.

Although immigrant healthcare workers are largely concentrated in urban areas, research shows that they could play an important role in combating shortages in rural areas. According to NAE, there were 135 counties in 27 states with no doctors as early as 2015. Doctors in rural counties were also far likelier to be older and closer to retirement, meaning the number of counties with no doctors in the future may rise significantly. Currently, doctors who went to foreign medical schools make up 17% of active physicians practicing in small, rural areas, but NAE says increasing this share could address medical gaps.

As the U.S. population ages, immigrants are making up for labor shortages in the healthcare industry as well as ensuring that aging U.S. residents receive the care they need. According to the National Immigration Forum, the growth in the population is expected to lead to a 14% jump in demand for physicians by 2025. In the next eight years, home health aides, physical therapy assistants, and diagnostic medical sonographers are all also expected to see the number of positions in their field grow by more than 40% over this eight-year span alone, according to data from the Bureau of Labor Statistics.

To learn more about the Covid-19 pandemic and considerations for employers, stream our on-demand webinar with GIA Managing Partner Sara Herbek. To stay updated on the latest immigration news, policy updates and new resources from Envoy, subscribe to our blog. 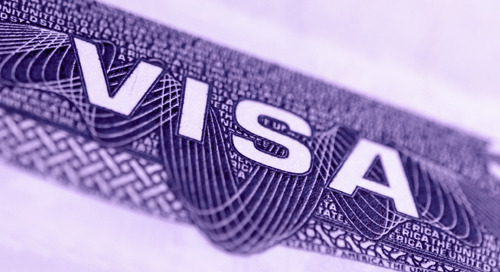 The L-1 visa can be leveraged by employers to transfer foreign national employees to the U.S. Take a closer... 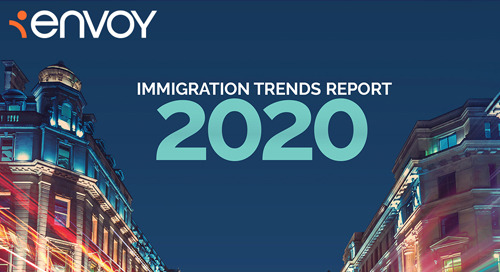