Home » Immigration Blog » The October 2022 Visa Bulletin: What You Should Know
× Share this Article

The court case is the result of a class action complaint filed against USCIS earlier this year after the agency was unable to use over 66,000 available employment-based green cards before they expired at the end of fiscal year (FY) 2021.

The report reveals that the U.S. government will issue all 281,000 available employment-based green cards before the government’s fiscal year ending Sept. 30, 2022.

Why the Joint Status Report Matters

The U.S. Department of State (DOS) released the October 2022 Visa Bulletin on Sept. 7, 2022, earlier than anticipated and likely because of the release of the report in Madhavan v. Jaddou.

Each month, immediately after the DOS publishes its monthly bulletin, USCIS determines whether “eligibility for submission” of AOS applications is based on either the anticipated Dates for Filing chart or Final Action Dates chart.

USCIS chose the Dates for Filing chart for October 2022. As such, the following will happen in October:

A Deeper Dive into the Visa Bulletin

USCIS typically chooses the Dates of Filing chart over the Final Action Dates chart at the start of each new fiscal year in October. This trend is the result of two main factors.

Second, USCIS needs to plan for and determine the overall demands for the remaining fiscal year to ensure that no green cards are wasted. Because there are a large portion of countries that do not “use-up” their given green card numbers, these numbers need to be reallocated to countries with the oldest pending applications and greatest demand, like India, China, the Philippines or Mexico.

The agency acknowledges that the volume of pending AOS applications “far exceeds” the green cards available in the EB-2 and EB-3 categories for both India and China. This is a result of the 7% annual per-country limit on green cards.

USCIS also concedes that it purposely allows AOS applications to remain pending even when there are not enough employment-based green cards available in a given fiscal year. The agency claims that it is “necessary to ensure that all of the EB visas [are] used.”

That said, there is an exception to the 7% per-country green card limit that permits a country’s unused employment-based green cards – by preference category – to spill over to applicants from other countries with the oldest priority dates.

This exception, as a result of “not enough Rest of World demand,” has been applied every fiscal year since the establishment of the current statutory scheme by the Immigration Act of 1990. In most years, it has applied to all three employment-based categories (EB-1, EB-2 and EB-3).

In FY 2023 – beginning Oct. 1, 2022 – USCIS will determine the amount of excess green card supply from “not enough Rest of World demand,” and ultimately reallocate those green cards to backlog countries with the oldest priority dates. This overflow of green cards must be “used” by the end of the fiscal year.

The EB-2 India regression in the October 2022 Dates for Filing chart is likely due to the large number of EB-2 “upgrades” – or interfiling requests – that were filed in FY 2022 but remain pending. However, USCIS may still move EB-2 forward in the coming months depending upon the “not enough Rest of World demand.”

Envoy is pleased to provide you this information, which was prepared in collaboration with Yvonne Toy, who is a Founding Partner at Corporate Immigration Partners (CIP), one of the two independent U.S. law firms Envoy exclusively works with on the Envoy Platform (the "U.S. Law Firms"). 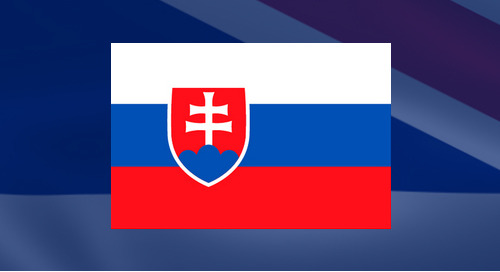 Slovakia and the government of Oman agreed to a joint provision that will allow certain nationals of each o...

The government of the Cayman Islands lifted all COVID-19 entry measures on 24 August 2022.