DACA granted roughly 700,000 people who remained in the U.S. without lawful status after being brought to the U.S. as children work authorization and protection from being subject to deportation, or removal proceedings. The Department of Homeland Security (DHS) rescinded the program in September 2017.

The judge’s order denied DHS’s motion to dismiss a lawsuit brought by the University of California and a variety of other DACA supporters, including the States of California, Maine, Maryland and Minnesota.

The Order also, in part, granted the Plaintiff DACA supporters’ request for a preliminary injunction to restore the DACA program due to the likelihood that they would suffer “serious irreparable harm” if DACA were to end prior to the court reaching a final decision in the case.

DHS was then ordered to “maintain the DACA program on a nationwide basis on the same terms and conditions as were in effect before the rescission on September 5, 2017,” which includes allowing current and past DACA holders to renew this benefit. The Court, however, stated that advance parole, sometimes known as travel authorization, did not have to be continued.

Trump met with Congress about DACA

Just yesterday, hours before the Federal Judge’s Order was issued, Trump and members of Congress met to discuss the DACA recipient Dreamers and creating a path forward for this population of young immigrants. These young people don’t yet have a solution they can be confident in, and they won’t have long-term clarity until a final decision is reached by the highest court or the President signs a bill passed by Congress into law.

Part of the discussion the President brought to the table during yesterday’s meeting included listing the border wall as component of negotiation in exchange for protections for Dreamers – a factor that led to not much headway being made.

What does this mean for Dreamers? Back in September, President Trump and the Department of Homeland Security (DHS) rescinded the DACA program, stating that no more applications for renewal after the current  two-year permits expired would be accepted.

U.S. District Judge William Alsup’s Order puts a stop to the wind-down and orders DHS to continue processing DACA renewal applications for the time being. This protects those DACA recipients who are already covered by the program, but doesn’t require DHS to accept new applications.

Alsup concluded that one of the biggest issues with the rescission of the program was the lack of regard for the future of Dreamers, who have come to rely on the promises of a DACA program and a life in the United States. The decision to rescind wouldn’t just impact Dreamers either, according to Alsup. It would also impact “families, employers and employees, schools and communities.”

Read the full report on nbcnews.com.

As outlined above, due to this federal court order, USCIS has resumed accepting requests to renew a grant of deferred action under DACA. While our affiliated law firm, Global Immigration Associates, P.C., is not providing the service of filing DACA renewals, we do wish to be as helpful as possible.

For immigration services for individuals, please contact an attorney such as Jennifer Zimberg of Family Immigration Associates, LLC who will be able to provide the immigration help you’re looking for.

Jennifer and Family Immigration Associates, LLC is an attorney and law firm not affiliated with Envoy. She can be reached via the contact information below:

Here at Envoy, we believe that immigration matters. Read personal stories from immigrants and employers and at our #ImmigrationMatters hub. 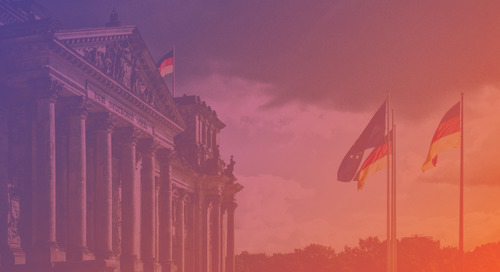